Well done to our junior Southport team, who all sailed fantastically and were a credit to the club!

We finished 8th overall and 2nd in the under-18s 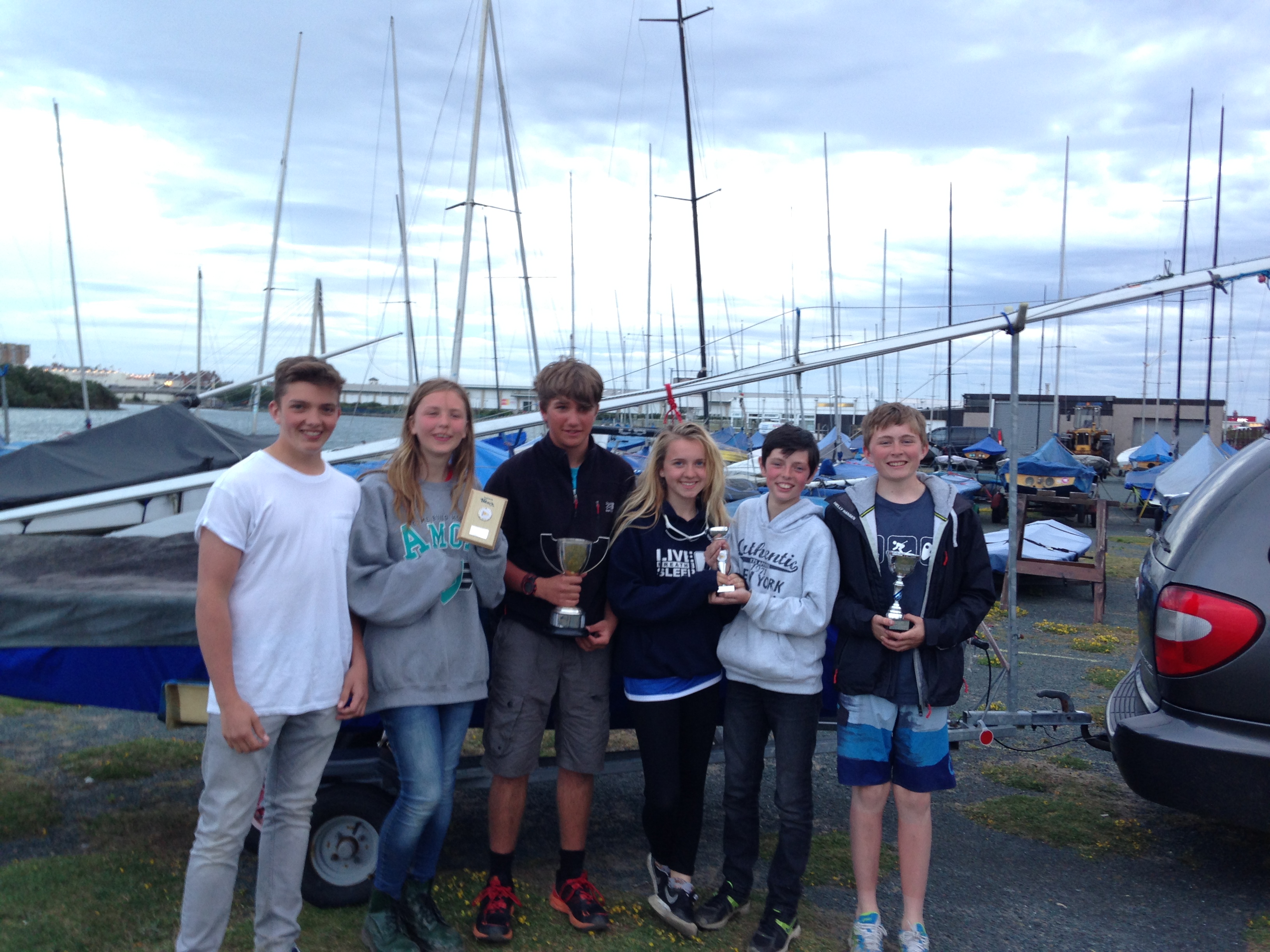 Part of our team – apologies to those who weren’t around for this pic! 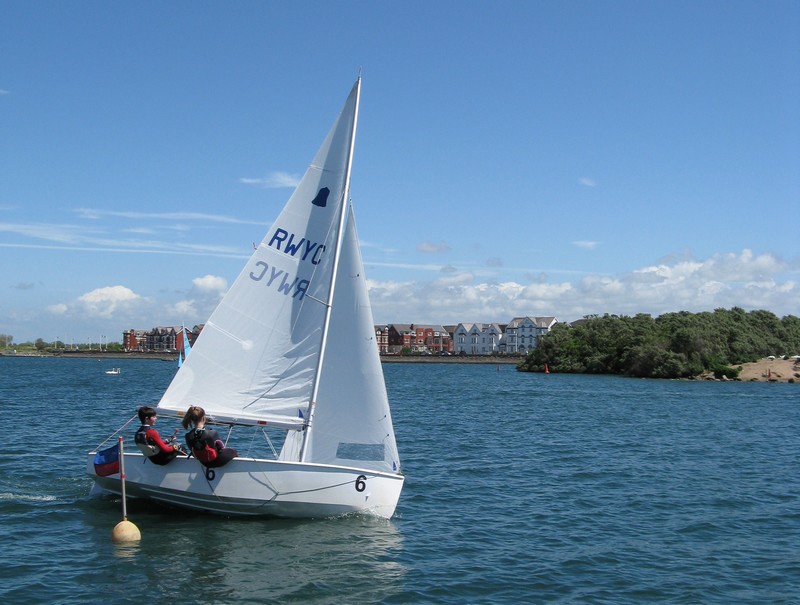 The Team departed at 5.30pm Friday evening, Mike Wilson’s car loaded to to the rafters and the Club GP in tow and me and Ethan in the spaciousness of our ‘Van with all the rest of the ‘stuff’ which wouldn’t go in Mike’s car……….by 8.30/9.00pm we were rigged, tented, catalogued and hungry and by some mischance (or so I thought) ended up at a nearby Pizza Hut….(an experience I now no longer have on my ‘to-do’ list..in fact I’m not certain it was ever there)……….

…after a heavy night trying to digest the high carbohydrate/fat/salt intake I managed a 10K (twice round the Marine Lake is 8K so you need an extra leg down South and back)….and was then ready to witness the Start and see and hear the P-S GP14/Enterprise incident, (not our boat..!..) which took place with audible anguished intakes of breath from the large crowd right on the Start Line in front of every judge and jury……

…………anti-clockwise they sailed in a perfect southerly breeze in glorious sunshine; our very young team sailing extremely well and changing crews with slick precision,……..it is a wonderful opportunity to see the variety of abilities and levels of experience from the wonderfully competent (which includes our lot) to obvious beginners,…all were enjoying themselves. The wind picked up a bit which introduced capsizing techniques,..them Enterprises are tippy boats..! and moments for the GPs to get on the plane,…..we moved from 8th to 7th down to 9th for a brief period and then settled down to a well earned 8th,……very nearly, but for a ‘D’, getting back to 7th,….. 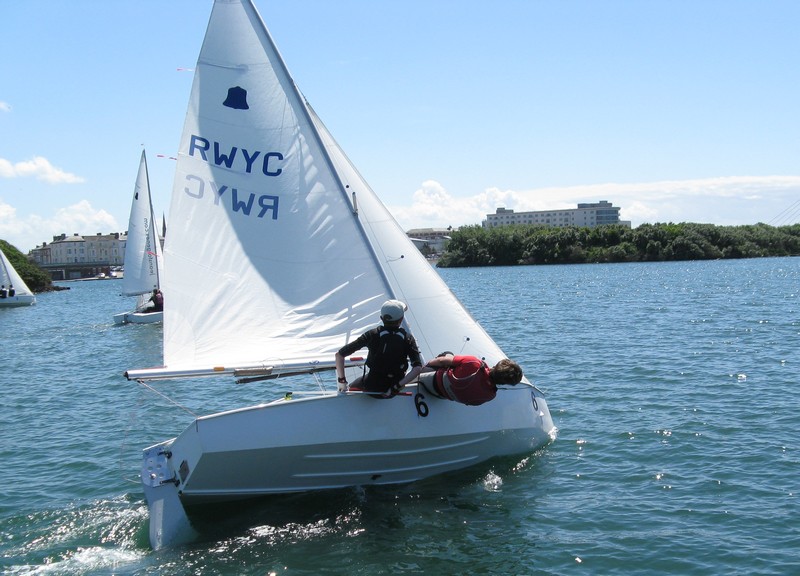 and very well done to Ethan (at least I know they were planning for him to do it but I’m sorry, I had left by then) for winning the fastest lap U14 after 6.00pm Trophy,…………well done to everyone…..it is a great event, especially in that sort of weather and it looks as if we will be able to enter a Team for a good few years to come. 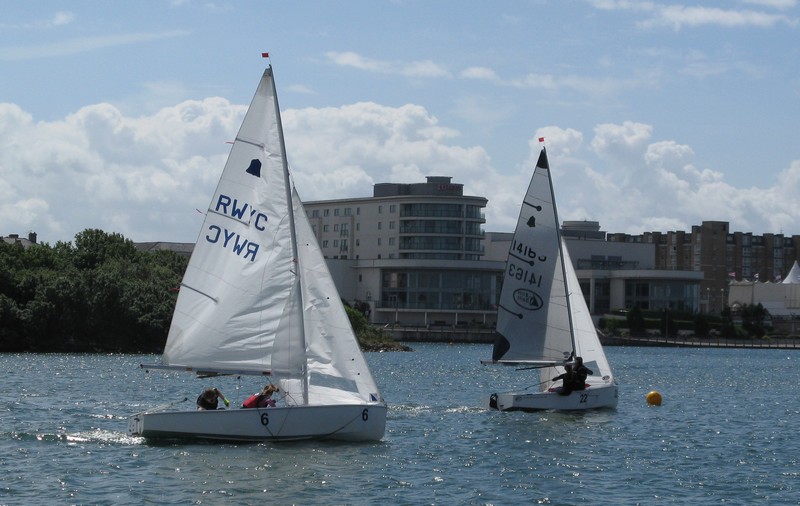 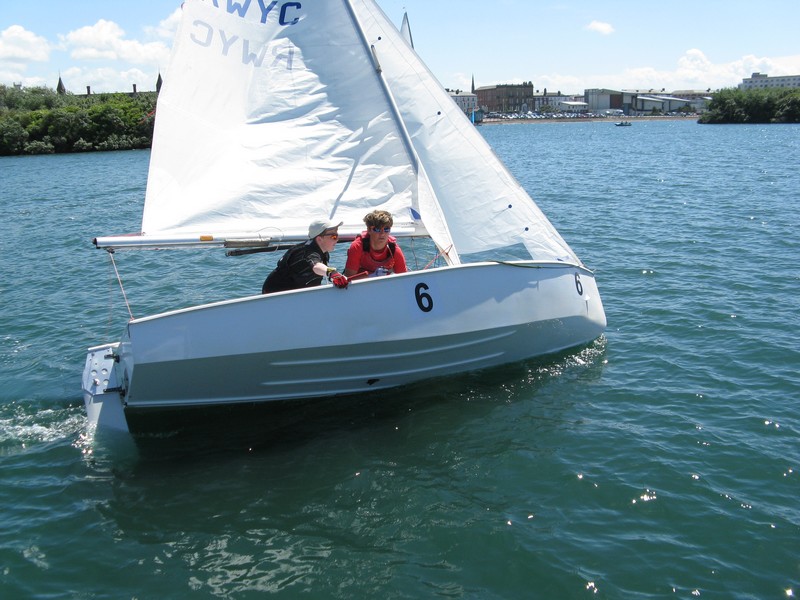 for more information go to the Southport SC web site……….Mike Wilson will have lots of photos