Jack Wilson “A Ride to Remember”

Jack Wilson, formerly of Garden Road, Kendal but now living in Cambridge, has been raising funds for Cancer Research UK following the sad loss of his mother, Amanda Wilson who recently passed away following a period of illness.

Jack, who grew up in Kendal returned to the area over the weekend of August 7th and 8th to undertake a marathon cycle ride in memory of his mum. A keen cyclist, Jack undertook the 24 hour event cycling round Windermere to raise funds for Cancer Research UK.

Amanda was a stalwart of Royal Windermere Yacht Club where she undertook the role of Chief Instructor over a number of years.  In this role Amanda taught hundreds of young people to sail and develop a love of Windermere.  In 2019 Amanda had the honour of becoming the Commodore. Amanda was also a volunteer and instructor at Blackwell Sailing.  In 2020 Amanda was diagnosed with stage 4 metastatic breast cancer that spread before claiming her life in June 2021.

Given Amanda’s love of sailing and instructing on Windermere Jack decided to undertake the ride in memory of his mum and as a tribute to her work and volunteering.  Jack was supported by his partner, Katy Surman and family members.  Base-camp for the event was Royal Windermere Yacht club from where Jack departed on Saturday morning.  Despite the wind and rain Jack cycled non-stop for 24 hours and managed to complete 10 circuits of the lake, totalling 239 miles and 13219 feet of ascent.  Jack was joined on the ride by his partner Katy, his brother Mark and friends from various parts of the country.  Proud dad, Mike Wilson said, “once again he’s kept me up all night!  Jack’s mum would have been very proud.”

Jack has set up a Just Giving page to raise funds to enable Cancer Research UK continue its work. To date £8,220 has been raised in memory of Amanda, reaffirming the number of hearts she touched  throughout her life.  If you would like to contribute please visit Jack’s 24hr Windermere Ride at justgiving.com. 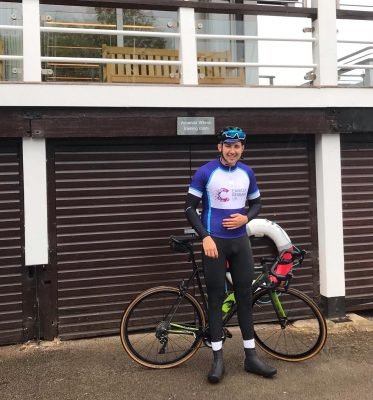 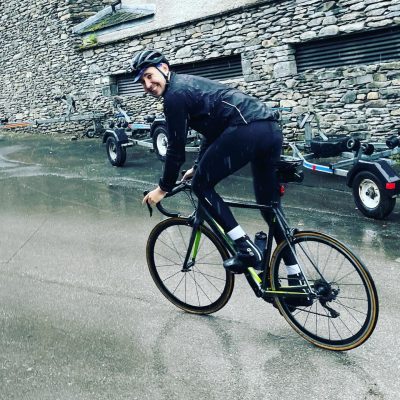 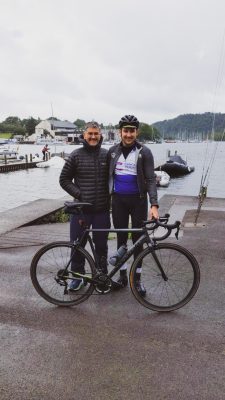