A brief history of the Royal Windermere Yacht Club 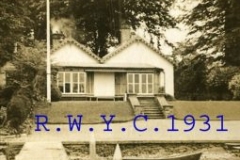 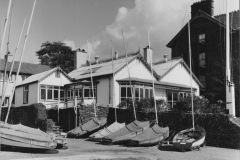 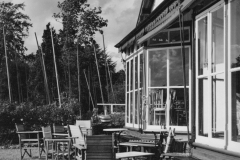 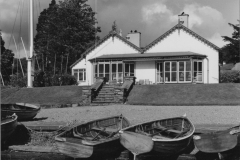 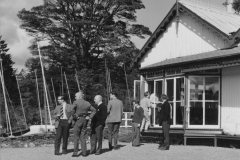 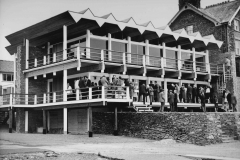 The history of the Royal Windermere Yacht Club is well documented in 3 books, the latest published in 2010. Herewith, the brief highlights of more than 150 years of history.

Originating in 1860, the Club was formed by elite and wealthy individuals, many from the textile belt of the North of England; certainly by what one would consider to be “men of influence”. It is undoubtedly this factor that gave rise to the granting of the title “Royal” to the Club in 1887 after requests from Sir William Forwood; it also enabled the Club to survive two world wars.

After extravagances with larger yachts, the Club settled down to promote the 17 foot Windermere Class Yacht and thus started the famous class which still flourishes today. The introduction of Fireflies in 1948 and the GP 14 class in 1952 indicated the forward thinking of the Club and the opening up of the membership. Flying 15’s were introduced in 1963 and by then the Club was a truly democratic and egalitarian organisation.

Solings came in 1970 and disappeared from Club racing in 1979; Lasers arrived in 1978 & still continue in our handicap racing. Mirrors arrived in 1983 and became for a while the boat of choice for juniors and a stepping stone into racing, although they have since been supplanted by Picos.

Fireballs arrived as the first trapeze boat for the Club in 1985 but they survived only a few years. In 2005, the RS 400 became the choice for those wanting a sporty asymmetric boat. Today there are various classes of boats sailed in the Handicap racing.

The Club has recently introduced handicap racing for cruisers with the emphasis being placed on the Beneteau First 21/7; a few berths on our jetties have been sanctioned and we watch with interest this new venture in the development of the Club.

As previously stated this is only a sketch of an illustrious history of more than 150 years; the latest Club history provides the detail. Our Club still has its share of characters, even if it lacks the sprinkling of MPs and Knights of the Realm; it truly encompasses all those who appreciate sailing on Windermere and encourages all to join in its impressive history.